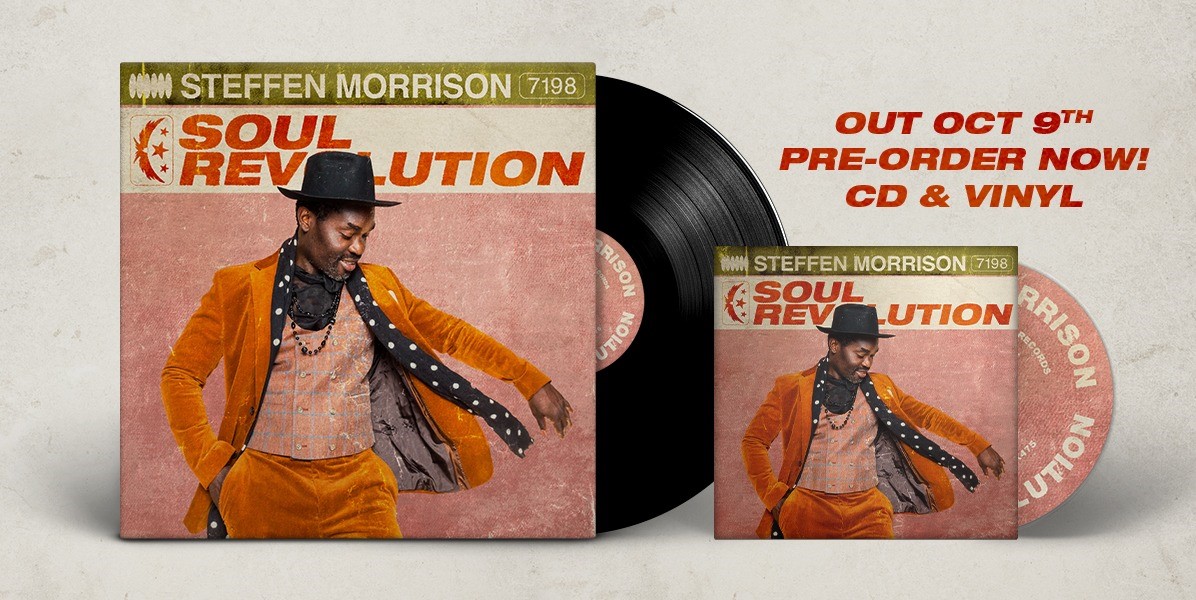 Steffen Morrison was raised with the tunes, moves & grooves of James Brown, Otis Redding and Marvin Gaye as well as the harmonious tones of The Crystals, the rock & roll of The Stones and the lyrics of Lou Reed. As a songwriter he has a clear affinity for the music that once rattled and electrified the heart and souls of many around the globe. Delivered with authenticity his passionate and infectious performances not only surprises and seduces music connoisseurs, his appearance and sound appeals to a wide audience.

“Steffen Morrison is a name to take into account within the international marketplace” Citas, La Vanguardia

September 2016 his EP “Just another man”, containing the successful single “Do It All Again” was released. Executive produced by well-known Dutch songwriter and producer Tjeerd Oosterhuis Steffen and his band “The Band Of Brothers” showcased his brand new music in a brimming Paradiso. In the fall of 2017 Steffen retreated to the studio surrounded by his musical buddies Andy Platts (Young Gun Silverfox), Luke Juby (Emeli Sandé, Leona Lewis) and songwriter/producer Tjeerd Oosterhuis to work on new music. The result is the album Movin’ On which was released in March 2018. “During the creation of my new album Movin’ On I realized how important the interaction between me and my audience is to me. I have experimented a lot with the songs during my shows before I put them on the album. It was important that the songs gave off the same vibe as my live shows. I’m really proud of the result,” explains Steffen Morrison.

As the years followed Steffen continued to dazzle his audience with spectacular performances at, amongst others, the reputable Port of Rotterdam North Sea Jazz Festival. In terms of TV and Radio, Steffen’s appearance on national tv and national radio has been noteworthy with performances on Dutch prime time tv show “De Wereld Draait Door” and on high profile radio stations such as Radio 2, 3FM, Radio 10 & Radio 538.

“Steffen Morrison is one of the most important international artists of the genre” Radio Televisión Canaria.

In 2019 Steffen dashes ahead with his first steps abroad: a Spain summer tour with multiple sold out shows and raving reviews from the Spanish media praising the new album as well as his live performance. “Movin On is wonderful. It moves your body, neurons and everything that needs to be moved” according to Radio 3-RTVE. “Steffen Morrison is one of the most important international artists of the genre.” According to television channel Radio Televisión La Canaria. The Spanish Newspaper La Vanguardia stated “Morrison goes far beyond mere revival”.

Steffen has scheduled his first ever theater tour in the Netherlands “ The Art of being human” as well as a new clubtour for the remainder of 2019 and the first 3 months of 2020.  Furthermore, he continues to work on new music and we are intensely excited for what is to come. The latest single Positivity is already on everybody’s hearts and mind. The future is looking bright for Steffen!